A large number of whole corn cobs needed to be measured for phenotyping purposes. Initial hyperspectral fluorescence indicated several fluorescing components that were able to compare not only the whole corn cobs but even differentiate individual kernels. The shape and size differences of the cobs made it difficult to automate the measurement because each measurement needed to be refocused. In addition, the well-known near-infrared region also showed differences that needed to be measured, preferably with the same orientation to be able to compare the results with the hyperspectral fluorescence. Image processing allows not only comparing the slight compositional differences due to the hybridization but also allowed quantitative comparisons of numbers and sizes of the individual kernels.

In a new design, a hyperspectral fluorescence system was combined  with a high-speed near infrared (950-1700 nm) hyperspectral camera. The cameras were both focused on the upper surface of a 4” wide and 3 feet long glass surface. The illumination was an up to 160 mW, 405 nm laser line and a broad band quartz halogen line light pair.  Samples could be lined up covering the glass surface. The arrangement allowed the measurement of corn cobs, individual kernels, leaves and any other samples placed on the glass surface without the need of refocusing either camera. The samples can be accessed and changed by simply opening the cover on top of the instrument. Selection of one or both cameras, scan length, scan speed and other measurement parameters were software selectable. The results were saved in standard imaging format for further analysis. The hyperspectral fluorescence and near-infrared images were processed with the kemoQuant™ software to obtain the images for each fluorescence components separately, or using big data methods, on a campus supercomputer. Beyond the initial application goals, many other types of samples, such as carrots, leaves, insects, minerals were measured, simply lining them on the glass sampling surface and initiating the scans of either cameras. 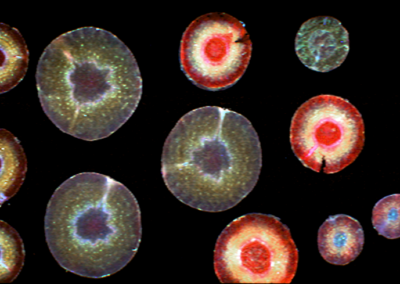 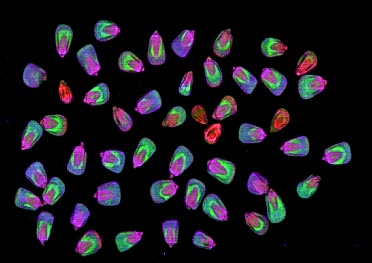 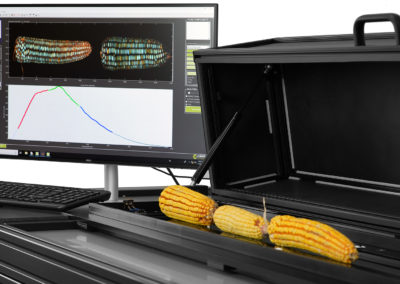 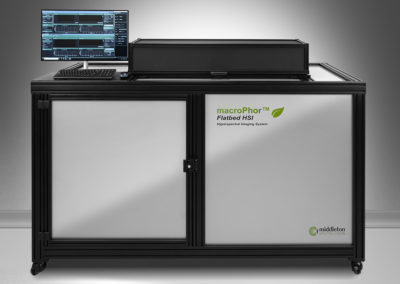 We would like to hear about your specific project requirements.
Let one of our experts help you discover a solution for your application.